TRIBUTE TO THE GENIUS 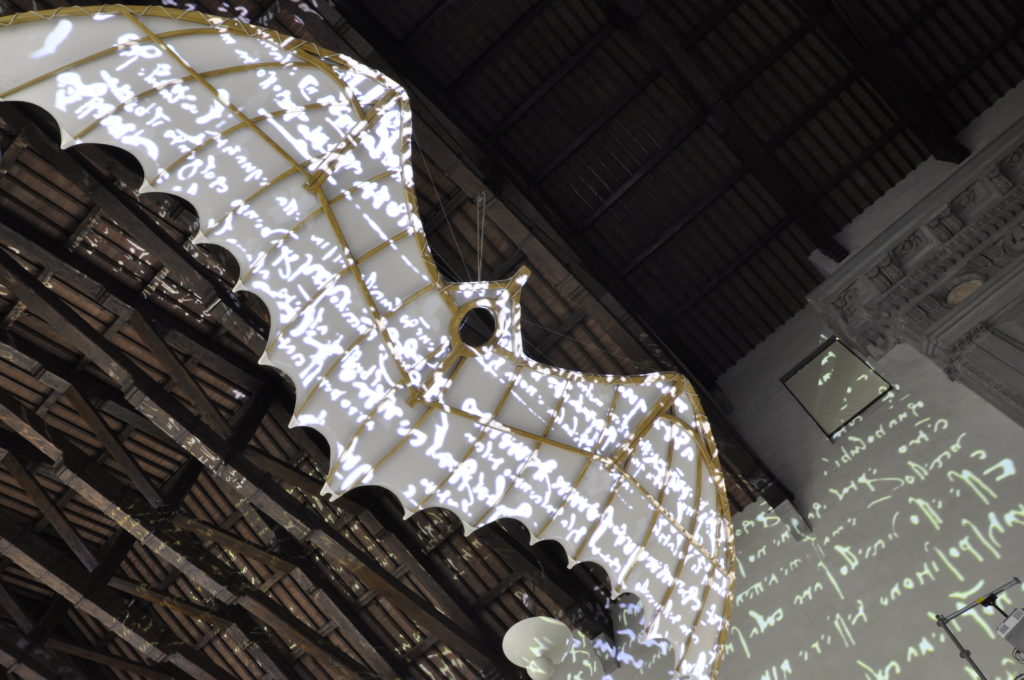 As part of the celebrations of the 500th anniversary of the death of Leonardo da Vinci, the city of Treviso is hosting Da Vinci Experience, the most famous and widely attended immersive multimedia exhibit dedicated to the great Renaissance genius. The exhibition, produced by Crossmedia Group, will be showing in the Sala Borsa in the Treviso Chamber of Commerce from April 19 to August 4, 2019 with the support and patronage of the City and Chamber of Commerce. The same Da Vinci Experience has been selected by the Ministry of Foreign Affairs to represent Italy and its “genius” on an exhibition tour, sponsored by the Italian Cultural Institutes. In 2019, it will show in twelve nations on three different continents.

The event has an innovative format that guides the public on an emotional journey through the works, projects, and visions of the man who, more than any other, was able to interpret the anthropocentric ambitions of humanism, applying his genius in countless areas: Leonardo was a painter, poet, anatomist, architect, musician, civil and military engineer, philosopher, botanist, and an enthusiast of the most disparate subjects.

The heart of the sensory journey presented at the Chamber of Commerce Building is the immersive area. Here, images projected on the floor, walls and ceiling in a continuous loop tell an unprecedented story, approximately 35 minutes in length, accompanied by the surround sound of an enthralling original soundtrack.

Da Vinci Experience is also much more however. In fact, the exhibition infographics and video installations are enhanced by ten models of Leonardo’s machines on exhibit – life-size scale models – meticulously reproduced on the basis of the original designs made by the skilled Italian artisans of OMPSI. Outstanding among these, and particularly important is the large bicycle prototype. Furthermore, eight stations have been set up at the Palazzo della Camera di Commercio for the 3D virtual reality experience with the Oculus, approximately 7 minutes in length: Finally, last but not least, the Treviso exhibition will present a section dedicated to Fra Giovanni Giocondo, a scholar and Leonardo’s contemporary who left numerous and indelible traces of his work in the Marca area.